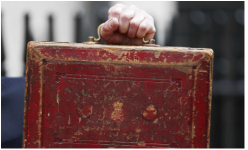 Budget News, Travel and Subsistence Relief, 19 Mar 2015
The chancellors budget 2015 claims subsistence and relief for travel are to be restricted for Umbrella and Personal Service Company contractors should your end-user supervise, control and direct them. Osborne confirmed in his Budget 2015 speech, “We will stop employment intermediaries exploiting the tax system”. These measures taking effect as of April 2016 will ensure that tax relief for home-to-work expenses will be unavailable for contractors.
The chancellor continued that he would be, “clamping down on agencies and umbrella companies who abuse tax reliefs on travel and subsistence” (often referred to simply as ‘T & S’).

Government names largest ever number of National Minimum Wage offenders, 24 Feb 2015
70 employers, including a recruitment business, who failed to pay their workers the National Minimum Wage (NMW) have been named today by Business Minister Jo Swinson, bringing the overall total named and shamed to 162. Between them, these 70 employers owed workers a total of over £157,000 in arrears and have been charged financial penalties totalling over £70,000. Read the press release 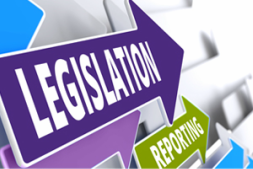 HMRC: New Guidance on Reporting Requirement, 13 Feb 2015
From 6 April 2015, where the intermediary does not operate Pay As You Earn for the workers it supplies, it will need to provide to HMRC the personal details of the workers supplied, details of the payments made to those workers and the reasons why they didn’t operate PAYE. You need to submit a report if you are an agency, and have a contract with a client, and provide more than one worker’s services to a client because of your contract with that client, and provide the worker’s services in the UK – or if the services are provided overseas, that the person is resident in the UK, and make one or more payments for the services (including payments to third parties). HMRC Guidance 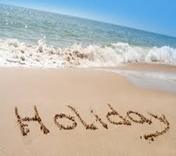 Holiday Pay: employment tribunal hears case on inclusion of commission, 10 Feb 2015
In the case of Lock v British Gas, Mr Lock, a sales consultant with British Gas, brought a claim to tribunal for outstanding holiday pay on the basis that it did not reflect what he would have earned from commission. The Tribunal asked the European Court of Justice (ECJ) for clarification on the relationship between holiday pay and commission. The ECJ concluded that the commission was directly linked to the work undertaken therefore must be taken into account when calculating holiday pay. This will impact on future holiday pay entitlement; along with the Fulton V Bear Scotland ruling which confirmed that non-guaranteed overtime should be included in the calculation of holiday pay.

First social media case involving Twitter reaches the Employment Appeal Tribunal (EAT), 23 Jan 2015
Game Retail Ltd v Laws (UKEAT/0188/14) involved an employee who was dismissed after posting offensive, non-work related tweets outside of work time. The EAT ruled that dismissal for non-work related comments on a personal Twitter account is potentially fair. The relevant test to be applied by tribunals in unfair dismissal cases was that set out in the Iceland v Jones case, ie whether the employer’s decision and the process in reaching that decision fell within the 'range of reasonable responses' open to the reasonable employer on the facts of the particular case.

Working time reform more likely, 19 Dec 2014
The EU Commission has issued a consultation on the Working Time Directive, with the aim of producing an impact assessment of options for reform. This marks a step change in activity given the stalemate over recent years – in essence, there is agreement that the Directive is no longer fit for purpose, but there has been to date no agreement on how to fix it. The consultation closes in March next year and the impact assessment is expected during 2015.

Travel and Subsistence Discussion, 17 Dec 2014
In its discussion paper ‘Employment Intermediaries: Temporary workers – relief for travel and subsistence expenses’, the government outlined a number of possible options to ensure tax rules are not exploited. One option proposed is to introduce legislation to ban workers engaged on an OAC by an employment intermediary or umbrella from claiming tax relief for travel, and associated subsistence, from their home to the client’s workplace. HMRC Discussion Document

Zero Hour Contracts, 15 Dec 2014
Workers on zero-hours contracts earn nearly £300 a week less than permanent employees, according to a new report. Average weekly earnings for zero-hour workers are £188, compared with £479 for permanent staff, found the report by union organisation the TUC. The ONS has estimated there are 1.4 million contracts with no guaranteed minimum hours.

Restrictive Covenants, 11 Dec 2014
A recent Court of Appeal decision, in Prophet Plc v Christopher Huggett, demonstrated that the court was unwilling to rewrite badly written covenants. And a recent verdict from the High Court stated that covenants agreed at the outset of an employment contract carry forward. When drafting a restrictive covenant ensure it is not so wide as to render it void but always think about what it is intended to do. It is wise to test its wording against potential scenarios that it is seeking to prevent.

Shared Parental Leave and Pay, 3 Dec 2014
Under the new rules  parents of babies due or adopted on or after 5 April 2015 will be entitled to share up to 52 weeks of leave,  and receive statutory shared parental pay (SSPP) in respect of up to 39 weeks of that leave. New mothers are obliged to take the first two weeks after childbirth off, but can share up to the remaining 50 weeks of leave entitlement with their partner. The leave can be taken by both parents consecutively or they can both be on leave at the same time.

Agency worker awarded £10,878 compensation in AWR Ruling.﻿
Locum music teacher Georgia Stevens was awarded a payout of £10,878 against her former client, Northolt High School. The agency escaped any liability because it had taken the reasonable steps to obtain the information required by the regulations to determine the pay and conditions of a comparable worker. Stevens made her c﻿laim for unde﻿rpayment under regulations 5 and 6 of the AWR. This should serve as a warning to all parties in the supply chain that AWR should be taken very seriously. 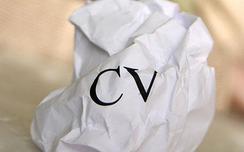 Report reveals CV Inaccuracies
A new report from background screening company First Advantage reveals that more than a third (36.3%) of CV checks on contingent workers show inaccuracies. The report covers checks carried out between January 2011 and June 2014. ‘Contingent workers’ covers contractors, consultants, temps, seasonal workers and external staff. Inaccuracies on contingent worker CVs were uncovered in almost half (48.1%) of all education history checks, more than a third (35.6%) of employment history checks and more than a fifth (22%) of professional checks (qualifications, licenses and memberships). Although lower, permanent worker discrepancy rates are still worryingly high, with more than a quarter (27%) of CV checks revealing inaccuracies.